Having recently switched over a fair portion of my tech setup to more ethical and/or open source solutions, which often tend to care more about the wishes of the communities that surround them than their commericial counterparts, I have amassed a great big wishlist of things I hope to see in the products I have been using.

I am super excited for the espanso 2.0 release, which is a major refactor of the already excellent espanso software, which has become a real life-saver for writing LaTeX and in general switching over to using more unicode symbols.

I have transitioned to using a US keyboard layout almost exclusively, as I find my native Danish layout to be fairly cramped, especially when writing code or math. As a result, I would need to change back to the Danish keyboard layout when needing to write æ, ø, å. Instead, I can just use espanso!

Espanso v2 has been released and it is predictably amazing. Federico Terzi is an amazingly friendly developer and takes great care of the community he has built.

It seems that Espanso development has significantly slowed, which is a great shame. Hopefully development will pick back up again and some of the wishes listed below can become reality.

Anki is a super neat piece of software for spaced repetition.

The internals have been getting an overhaul for a while, which is great, but what I am really hoping for is a few UX improvements. Currently the interface feels a bit dated, and I am really not a fan of the HTML formatting of the cards, which will sometimes include hidden tags that break MathJax.

MathJax development is slowly progressing - the contour integral issue, for example, is from 2013. I much prefer the extensibility and style to KaTeX, and it seems like release 3.2 of MathJax will finally get it up to par with the 2.7 release (Python deja vu…)

Obsidian is great for writing notes and is super customizable. It is still early days for Obsidian, which hasn’t yet reached version 1.0.0.

Currently I am using Google Calendar to at least attempt at managing my life, not always with the greatest of success, but making the effort nonetheless.

It really feels like very little development has gone into improving the UX of Google Calendar in the past 5 years, with new features added only very rarely.

Google is famously slow at implementing features that users desperately desire, so I expect much of this won’t be on the cards for the foreseeable future.

I am really hoping to switch away from Google Calendar soon, but until ProtonCalendar supports subscribing to .ical calendars, I don’t think I’ll be able to 😞.

I use MountainDuck for part of my data to store encrypted Cryptomator vaults on Google Drive, but I find that it isn’t super stable. This is a bit frustrating, as the software is not free.

It would be fantastic to be able to use colored OpenMoji on this website. It will likely be a while before sufficient tooling and browser support will enable that, unfortunately.

I passionately despise the monochrome Unicode 1.1 emojis that seem to crop up everywhere. GitLab made an excellent blog post about their struggles with it, yet somehow in 2022 a good solution has yet to be specified and implemented.

There is a very promising property, font-variation-emoji, that is part of the CSS Font Module 4 Specification draft, but even though the solution was proposed in 2017, it still has not made its way into browsers. Argh!

I recently took a plunge into the literature surrounding custom and exotic keyboards, and now I desperately want to get my hands on an Aysu keyboard from SplitKB and begin practicing the Colemak DH keyboard layout.

Ideally I wouldn’t mind spinning up my own custom keyboard hardware at some point, but that won’t be in the near future.

I am sure you’ll be familiar with love-hate relationships – my relationship with Microsoft’s Windows OS is somewhat like that, except love is perhaps better expressed as skeptical agreement. It is very much a working relationship, but not much more than that.

While we all patiently wait for the famed Year of the Linux Desktop, I figure it might be best to add a few Windows items to my wishlist in the meantime. 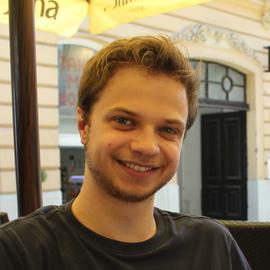